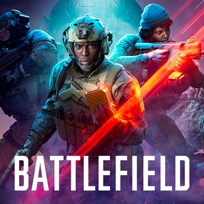 N/A /5
Buy Now
Beware of phishing sites! We're not associated with any sites that offers exchanges for physical items, digital goods or virtual currency. More info.
Brand
Battlefield
This product is currently unavailable in your region. Sorry for any inconvenience caused.
Product
Battlefield V [PC]
We are currently out of stock. Sorry for any inconvenience caused.
Voucher
Select Option
Top Up Info
Quantity
Subtotal
US $ 0

Battlefield V [PC] is a first-person shooter video game developed by EA DICE and published by Electronic Arts. The Battlefield series goes back to its roots in a never-before-seen portrayal of World War 2. Take on all-out multiplayer with your squad in modes like the vast Grand Operations and the cooperative Combined Arms, or witness human drama set against global combat in the single-player War Stories. As you fight in epic, unexpected locations across the globe, enjoy the richest and most immersive Battlefield yet.

US $ 47.47
Out of Stock
No Result Found
Reset Search
Follow us on