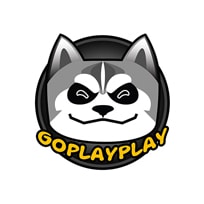 N/A /5
Buy Now
Beware of phishing sites! We're not associated with any sites that offers exchanges for physical items, digital goods or virtual currency. More info.
Brand
GoPlayPlay
This product is currently unavailable in your region. Sorry for any inconvenience caused.
Product
GoPlayPlay
We are currently out of stock. Sorry for any inconvenience caused.
Value
Select Option
Top Up Info
Quantity
Subtotal
US $ 0

iG-Interactive is the company behind the popular game site GoPlayPlay in Singapore & Malaysia, and is well known for bringing top games from China to Southeast Asia. GoPlayPlay has risen to be one of the top publishers in South East Asia and is expanding to Global English in United States of America and Europe Regions, besides reaching out to Taiwan, Hong Kong, Macau, Singapore, and Indonesia.

GoPlayPlay now operate games in 3 different languages and has more than 1.5million registered users on PC, Web and Facebook platforms.