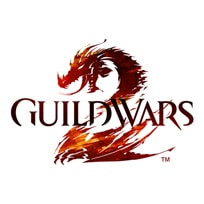 5.0 /5
Buy Now
Beware of phishing sites! We're not associated with any sites that offers exchanges for physical items, digital goods or virtual currency. More info.
Brand
Guild Wars 2
This product is currently unavailable in your region. Sorry for any inconvenience caused.
Product
Guild Wars 2 (Global)
We are currently out of stock. Sorry for any inconvenience caused.
Value
Select Option
Top Up Info
Quantity
Subtotal
US $ 0

Guild Wars 2, a sequel to the original Guild Wars game released in 2005, the game is set in a persistent game world and features a choice based storyline focused on the continued struggles of the peoples of the land of Tyria. Now hundreds of years past the events of the original game, the almost forgotten threat of the Elder Dragons has risen, but so has 'Destiny's Edge,' a guild pledged to combat them. Guild Wars 2 features include: a dynamic event/questing system, small and large-scale combat, player vs. player arenas, multiple playable races and professions, and expansive and rewarding dungeon crawls.

Where to Use Guild Wars 2 (Global) Gems?

You're a proud member of one of the five great races in the land of Tyria. Whether you've joined the battle as a Charr, Sylvari, Asura, Norn or Human, you face steep challenges ahead in Guild Wars 2. Are you ready to richen your fortune?

In Guild Wars 2, you have the power to determine your fate. Now, with Guild Wars 2 (Global) Gems you also have the ability to instantly expand your wealth.

How to top up Guild Wars 2 (Global) Gems?

US $ 25.00
Out of Stock
No Result Found
Reset Search
Follow us on